Your boobs are your boobs. My boobs are my boobs. – Just Boobs Project 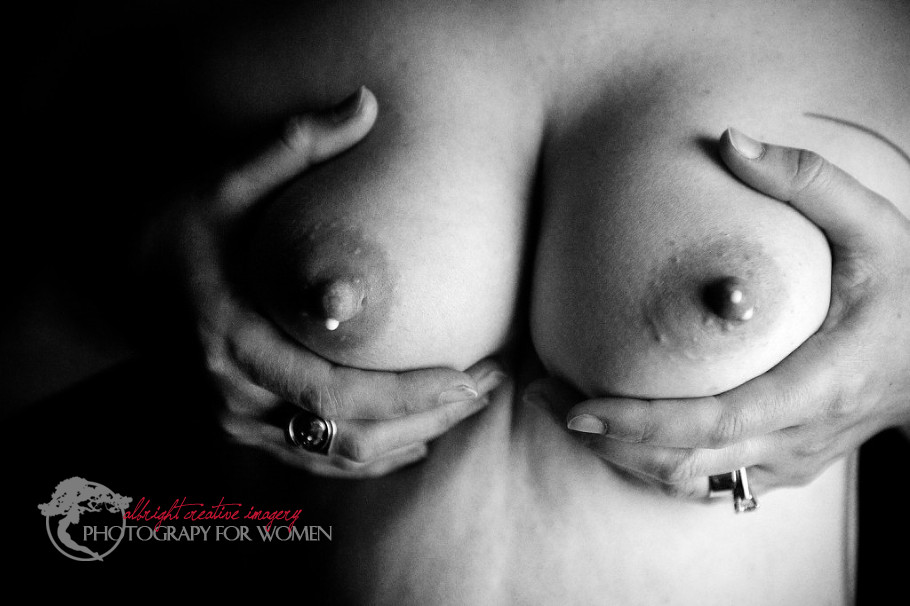 When I was a little girl, maybe 5 or 6, my first breast memory was before I was in school. We were having a family reunion on my mother’s side, a big Catholic family with lots of people there. All of the boys were running around outside with their shirts off, splashing around in the kiddie pools. I thought, I want to do that.  I asked someone, because I wasn’t quite sure I was allowed to, “Can I take my shirt off and run around like that?” And they were like, “Ugh, yeah,” but not too sure. I wasn’t told no, but I didn’t get a, “Sure, heck yeah!”  I knew even at that young age that I should ask because I was a girl. I knew it shouldn’t be different for me because I didn’t have boobs but I still asked. I knew there was a different standard that would apply to me because I was a girl. I don’t remember who I asked. I don’t think it was my mom but I know it was a woman. I think I still did it anyway because I wanted to and I was a little kid and didn’t have boobs. That was my first memory about boobs.

I didn’t get breasts for a long time. I wanted boobs so bad. Especially reading Are You There, God? It’s Me, Margaret and, “We must, we must, we must increase our busts.” My cousin, who was three months older than me, grew up on the east coast and we talked on the phone a lot and hung out. We talked about when we would get boobs and start our periods. Starting in the third grade I began wearing a bra but didn’t get breasts until well into high school.

When I was twelve I brought a good girlfriend over to see that I had boobs and I used my upper arms to squish my “boobs” together. I was so stoked and she said, “Everybody has boobs if they do that.” I was a little crushed and said, “Oh.” I had been so excited to have boobs but apparently didn’t have them.

During high school I was the last girl in my class to start my period, which was two months after I turned 14. I didn’t get breasts until after I had started my period. I remember being totally flat-chested, but I likely had breast buds.

I like my boobs a lot now but I didn’t back then. I remember in 7th grade before I started my period, I had no boobs and I had things to stuff my bra. It was a toy that was a tiny little squishy jelly filled thing that was the shape of a small breast. I thought it was perfect. I took knee high stockings and put the toy down in it so I could stick them in my bra. I wouldn’t always wear them though and one of the kids in my class busted me on it. He said, “You stuff your bra. Sometimes you have boobs and sometimes you’re flat.” I was so embarrassed. After that I wore them all the time.

I feel like I was 18 or 19 before I had breasts. I was very thin but not very active. Getting boobs was such a gradual process that there was never really a tipping point of, Wow, I have boobs now. Even now I don’t feel like I have much boob. I have nursing boobs now but I wonder what will they look like after nursing.

When I nursed my first it went really well after the c-section. My boobs got huge during pregnancy and my nipples got so dark and I really, really wanted to nurse my baby. After going through all of labor, then the c-section, and finally going into the recovery room and getting to finally hold my baby, I was so excited to get to nurse him.  I was glad to have my doula in the OR and recovery room. The nurse talked me into the eye ointment which I didn’t want but did. The nurse was really anxious and wanted the baby to latch and get the nursing done but my doula said, “we’re gonna let him hang out” and she showed me how to make the boob sandwich and get it into his mouth. He latched on and nursed like a little champ. I remember being wheeled from recovery back to my room they were telling me they needed to cover me up. I said, “No, I’m cool,” but they said I’d be warmer and I said, “No, I have my baby; I’m good”. So they settled for putting something over my other boob in case there were other men in the hallway who might see my breast while I nursed my hour-old baby.

People were coming to visit us in the hospital. My partner’s parents were coming to visit. I had a robe on. They were there forever and finally I needed to nurse him so I just did it in front of them. I told my partner later that I wasn’t sure what to do or if nursing in front of them would be okay and he said in his family people nurse their babies and they were cool with it. ( I think nursing a toddler may have blown their minds a little bit, though.) So that set the stage for everything else. Wherever I was I needed to nurse my baby and my partner has always been extremely supportive and has never been weird, which has been incredible.

So when my second baby was born, I knew I was going to nurse her. She wasn’t gaining weight, though. At three weeks, she wasn’t back up to birth weight yet. I had a friend tell me that her lactation consultant said she would consider that an emergency. All I did was nurse her all day long. At three weeks I was barely able to walk. I was just laying in bed nursing her. I didn’t know what else to do. It was very stressful. She was tongue-tied and that was clipped but there were no other issues. It was a couple more months until her weight really started picking up. It was frustrating and I felt like I couldn’t talk to people about it because they would say to give her formula and I didn’t want to get into that conversation because it wasn’t an option, but using someone else’s breastmilk was. So I started using a coworker’s stored milk. She and I had our babies three weeks apart and her baby was so chunky and fat. Once she started donating the pressure was off of me to pump like my life depended on it. It was the most huge gift ever. She pumped an amazing amount of milk. And it was incredibly wonderful. Now my baby is growing and she is chunky. There came a point when I actually had stored my own pumped milk and had a little to donate to another mother in need and that was the best feeling the world. For the last several months it’s just been my milk that I am feeding my baby and I pump when I need to and there is enough.

If I’m at home, I’m nursing. And if I’m at work, I’m pumping. And sometimes you can see that I have nipples through my shirt and the nursing bras are not big, hard-shelled things with underwires that can give you clogged ducts and mastitis. Yes, you might be able to tell I have nipples but guess what? I do.

When I was young my dad would let us watch R-rated movies but my mom wouldn’t. Anytime there was a flash of boobies on the screen, I would feel excited.  The first time I saw boobs and thought, I want my boobs to look like that, I was watching a Weird Al Yankovic video, “I Lost on Jeopardy.” The backup singers had tight black shirts on and one lady had the biggest boobs. They were big and rounded and I remember thinking, I want my boobs to look like hers. It wasn’t until later that I realized you couldn’t choose your boobs,  you get the ones you get. Those boobs I wanted were not the ones that I ended up with.

Our culture is fucked-up and backward and we want to use breasts to sell everything. We see cleavage and boobs falling out everywhere, but if you see a boob when someone is nursing they are throwing a blanket over you as you’re wheeled down the hallway with your hour-old baby. I like the attitudes in other cultures that embrace breastfeeding as natural and seeing that boobs are just doing their jobs.

Society gives us all of these products to change our bodies. You can change things about your body a little bit but your fucking body is shaped the way it’s shaped. That’s why I think this book is so interesting. Everybody has boobs, and your boobs are your boobs. They might be big or small, or change from big to small, but there’s not all that much you can do to influence the shape and size of your body. Your boobs are your boobs. My boobs are my boobs.