I remember just laying there, smiling, because I felt like a woman again – Just Boobs Project 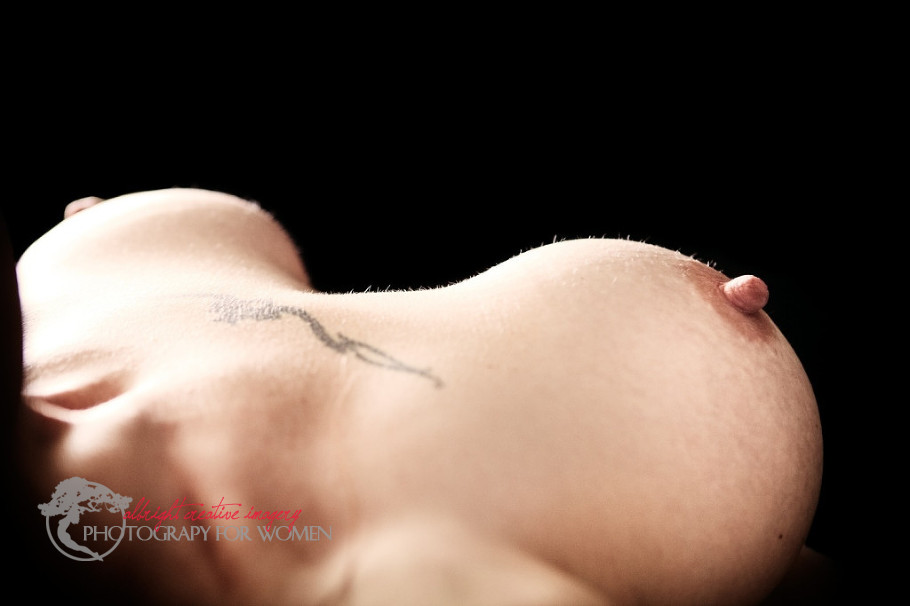 I have a severe generalized anxiety disorder, and I also have a severe obsessive compulsive disorder. It’s the hereditary kind, so, I had it really severe as a child but at that time nobody knew what it was. They just thought I was “tightly wound”. I’m not an obvious hand washer or anything so it wasn’t diagnosed until I was an adult. The hereditary kind goes away when you are going through puberty, and hits back at full force close to adulthood. Also, as a comb over disorder, I have body dysmorphia. So, during that time when the obsessive compulsive hit full force, I was dealing with anorexia and bulimia as well. In my particular case, I would have a few months of emotional eating and weight gain, and then I would go into a three to nine month anorexia / bulimic cycle. I would never force myself to vomit, but I would do over exercising or laxatives. So if I ate 300 calories, then I would work off that exact amount.

When I had my first child at age 22, I had gestational diabetes. Even though I followed the diet and exercised, I still gained a ton of weight as a side effect. My first baby was ten pounds four ounces, and I measured with each of my kids like I was having twins. So I had to loose all of that weight after every baby. I started middle-eastern dancing right around 2000. I fell in love with it. It was wonderful for my self esteem because I didn’t have to be perfect.

After my youngest child was born in 2006, I ended up loosing 90 pounds. And this time it was in a healthy way. I wasn’t focussing on skinny, I was focusing on healthy, and on fitness. I went from 233 pounds to 143. During that process, I was actually doing a lot more weight training, and a lot more running. As a result, I ended up loosing almost all of my breasts. I went from a 38DDD to a 32B. They had collapsed. I was only a B because I had so much excess skin. I was basically stuffing just skin into a bra. If you take a balloon and blow it up and then an hour later let all the air out, it doesn’t look like a balloon you just pull out of the bag. They weren’t a breast shape anymore, and because of that, when I would try on a bra, even the 32B’s wouldn’t fit me correctly.

I would have never ever considered having implants before that. I always saw it as something that was unnecessary and, well, you know, how most people perceive it. “She just wants to look hot”. I worked out every day. I ran every day. I worked with weights. I was doing all the right things and my body was changing underneath all of that. But then I would take my clothes off in the mirror and I would see these collapsed breasts, and that big pouch of hanging skin. I felt ashamed and unwomanly. I no longer wanted other dancers to see me changing backstage, and I no longer wanted to be intimate with my bra off.

I went to my surgeon because he was going do excess skin removal around my mid section. It was all I really intended on having done. I remember taking my bra off and you could see my developed peck mussels from my weight training. But my breasts were just collapsed below it. By this time they didn’t even look like breasts anymore. I considered skin removal at first, but the doctor told me that if we removed just the extra skin that I would end up with multiple scars on each breast like you would after a mastectomy. And I would also end up an A cup. He also said to me, “From what you’ve told me you have always been bigger chested, you’re a middle eastern dancer, you’re upset that this has effected your femininity, I don’t think you would be happy with an A cup”. So he recommended that we just fill out the excess skin rather than going in like you would for someone who just wants an augmentation. Now they are about the size they were when I was heavy. He didn’t go any bigger. He was very good about that. And I still have all the feeling in my breasts. They aren’t perfect by any means, but I really did notice a change in my self confidence, and my self esteem in the bedroom, once I “had my boobs back”.

I still struggle with body dysmorphia, which is common for people who have struggled with both eating disorders and OCD. It’s an interesting thing, I have to see myself in videos or photos performing to see myself as others do, or accidentally catch myself in a mirror out in public. I initially don’t recognize that it is me! Then it dawns on me that I am no longer obese.

I remember coming out of the anesthesia after the surgery. The first thing I wanted was my contact lenses so that I could look down my hospital gown and see my breasts. I was in so much pain from the two surgeries, but, I remember just laying there, smiling, because I felt like a woman again.