In that moment, I began to understand the power of boobs – Just Boobs Project 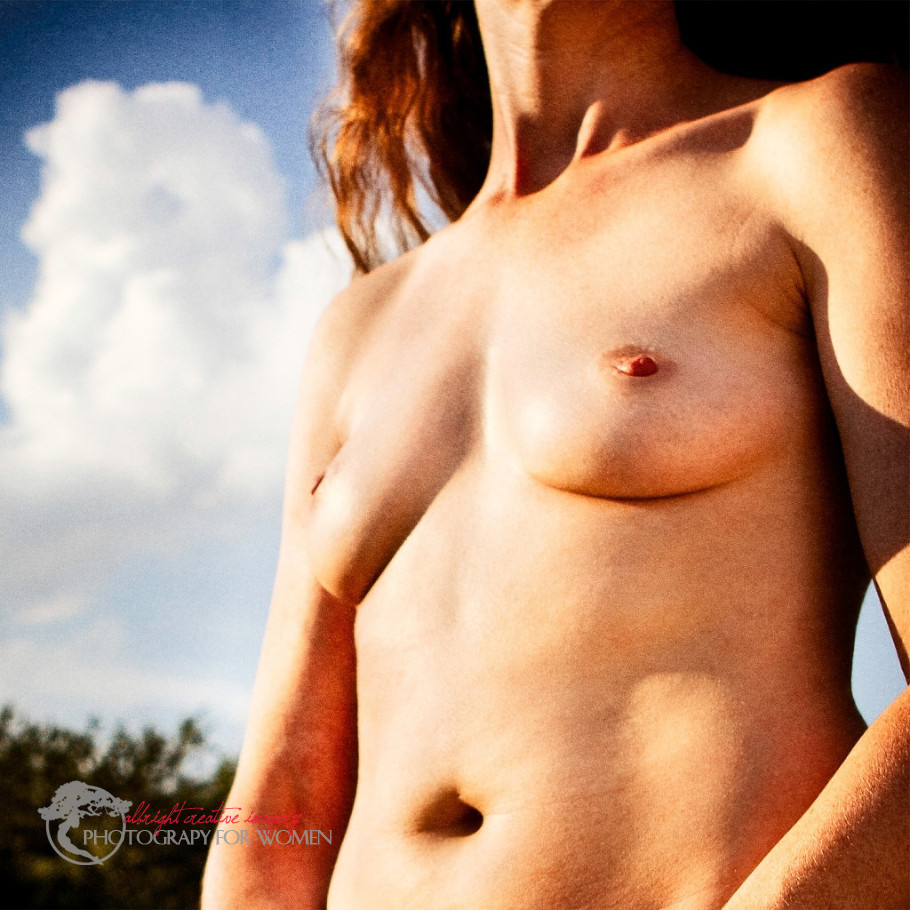 There were not a lot of boobs in my childhood. I perhaps had direct contact a few precious times with my mother’s boobs before being introduced to rice cereal-spiked formula at the pediatrician’s recommendation after just a couple of weeks on the outside. I got a pretty clear message early on that boobs were to be covered and that something about them was secret, possibly shameful, and not to be spoken of. I have only one childhood memory of one woman breastfeeding–an aunt, whose youngest child I held once as a pre-teen in the only position I had seen or known babies to be held (the cradle position) and whose subsequent rooting reflex embarrassed and bewildered me. I also learned early on that to be small-breasted was not a good thing. I was teased relentlessly by my 6th grade peers as Laura H. and Kelly W. boasted ever-expanding busts, and I saw everywhere–in magazines, in movies, on television–that the women who were considered sexy & “worthy” had big boobs.

I did not have big boobs. I waited in vain for them to blossom, and tried all the silly tricks that desperate teenage girls use in an effort to expand their busts. Meanwhile, I climbed trees. Really, it was the trees that saved me: I finally just accepted that I would likely be small-busted forever and gave thanks for the fact that at least they didn’t get in the way of my tree-climbing habits.

I was astounded one evening as a college freshman to learn from an unlikely tutor the awesome power of my boobs. I had befriended the single mother of a 16-month-old boy, D, and one week she asked if I would spend the night with him in their home so she could spend an evening with her new partner in his. We had a lovely afternoon & early evening, attending the autumn festival with friends, bobbing for apples, winning goldfish at the ring toss, and dunking the dean. As the day drew to a close, my young friend became more and more distraught. I knew he had eaten, his diaper & clothes were clean, he was warm & safe, he had taken a good nap, he was with people he trusted and loved…and yet he cried. Oh, how heartbreakingly he cried. I snuggled & held him, and wondered what I was doing wrong.

My shirt was still wet from apple bobbing and the mountain air was cooling quickly, so I walked back to my dorm with D and one of my schoolmates. I stepped behind a partition to change into a dry shirt, and as soon as I lifted it over my head, there was complete silence. I peeked around at D, who through red eyes and a tear-stained face grinned the biggest grin I had ever seen and said:

…and then sucked his thumb and closed his eyes.

Ahhhhh. Boobs. Of course! In that moment, I began to understand the power of not only boobs in general, but of my boobs. Small though they were, I realized that they had the power to comfort even without milk–and from all the way across the room. That is practically a superpower! That night was the beginning of me learning to love my boobs.

In the 20+ years since that night, I have found many more reasons to love my boobs–and I haven’t even nursed my own child with them yet! I am still very much looking forward to that time. I have also had the distinct pleasure of admiring lots of other boobs, all of whom were as varied and lovely as the faces above them.

I have learned to unashamedly share my boobs with others, whether with lovers or as the model for a figure drawing class or just with other skinny dipping friends. I have introduced them to sun and rain and wind; to dirt and seawater and moss; to elderberry juice and body paint and glitter; to silk and velvet and leather. I have gotten to know and appreciate them. Between them is a single freckle, and my strong & steady heart. The right one is a little bigger than the left, the left nipple points out a little more than the right, and they hurt premenstrually if I drink too much coffee or Earl Grey tea. My boobs are always warm even if I’m not, wholly contradicting the old saying, “cold as a witch’s tit”; in fact, there are few places warmer.

They scared me once, my boobs. I discovered a lump one morning in the shower just months before my 35 year-old cousin died of breast cancer. There were tests and scans and tears and supplications and seemingly endless days of waiting; in the end I was lucky to find that everything was ok. I decided maybe I should pay more attention to them, listen more closely to what they had to say.

Since then, they have begun to reveal their secrets. Once in a dream I began to spontaneously lactate, dripping rich golden colostrum and later fat-laden milk from both breasts; I was elated when I realized I could then offer nourishment to any hungry child I met. Totally a superpower! In another dream, I was a square brown woman who loved a square brown man who tended to me as I labored in a hot spring to birth our child. When our fat son slipped from inside me, cord pulsing bright blue-purple, he turned slowly to gaze at me through the water with arms drawn to his chest and wise eyes wide open; I scooped him up, exchanging quiet smiles with papa, and gathered him to my breast.

I have loved watching my friends nurse their babies and seeing the evolution of the deep & timeless bond that is forged at the breast between mother & child. I have loved hearing nursing stories from grandmothers and mothers and sisters and children. I was utterly charmed one day to hear a 4 year old girl’s description of her mother’s milk as “the most heavenly delicious milk in the world” and have laughed more than once at the acrobatic antics of nursing toddlers.

The boobs are the bomb: big, small, flat, plump, uneven, old, young, sagging, engorged, in every color of the rainbow and in every shape & size, boobs and their memory are perfect and beautiful and it is with our boobs that we feed the world, directly or indirectly–whether we ever physically nurse a babe or not.

I could not love my boobs any more than I do right now, and rejoice in this celebration of boobs–mine, and yours.